Help Me To End Child Marriage Through Education 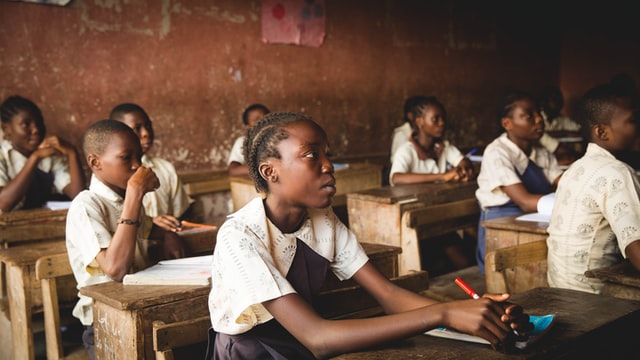 Photo by Doug Linstedt on Unsplash

Thanks everyone. If you are coming from the future, you can read below about the charity Girls Not Brides website.

Thanks for donating everyone.

We have raised €675. Thanks so much everyone who has donated. I’m keeping the fundraiser open and trying to raise as much as I can over the next two weeks. There is still time to help.

If you still wish to donate and do not have a Facebook account, you can still do so by reaching out to me directly via email or twitter. Alternatively, you can donate on the Girls Not Brides website.

For my birthday, I am donating money to charities focused on ending child marriage via Facebook Fundraiser. Please help me by either donating or sharing this post on social media. If you want to understand my motivation, read away but if you instead want to take action, scroll down to the bottom or visit the link here.

For every euro donated, I will be matching up to €300.

I am not fond of birthdays. Everything I have ever needed and anything I want, I buy(within reason). New shiny products don’t entice this grumpy old codger. Take the new Apple iPhone, for example. This year, it will be sold without a charger in a bid to save the planet according to Apple.

The new iPhone looks cool. However, I will not stand in a queue on release day as I’m sure some will. Instead, I will be pondering the true intention of selling the iPhone without a charger. Does Apple want to save the planet? Is it just a thinly veiled attempt at increasing their revenue and adding a zero to their already bulging bank account? Maybe if Apple wanted to help, they could help us all and pay more taxes. Taxes that can be used by governments all over the world to help transition their nations to clean energy.

If that paragraph sounded like the rant of a first-world, cocky, cynical, pompous, privileged white Irish male, it is. I am lucky. For the most part, I have lived a life of good health and safety with an abundance of opportunity.

Many of you reading this have had a similar life to mine. You went to school, you got a job and you probably never starved. Although our world can seem bleak, our ancestors over 100 years ago would not have been able to conceive the life of luxury we have now.

We have vaccines which cure diseases that plagued us for centuries, decent housing and an education system that has achieved a 99% literacy rate.

Education is a privilege and an opportunity. Yet this opportunity is not granted to everyone equally.

This year, for my birthday, I am donating to End Child Marriage and allow young girls to get an education.

Every 3 seconds, a girl — some as young as 8 or 9 — is married. Child marriage robs girls of their futures, puts them at risk of violence and traps them in a cycle of poverty. - Melinda Gates

Child Marriage is a complex issue. At its heart, it’s rooted in poverty, gender inequality and opportunity. Some other reasons include:

The list goes on and on. More than half of girls from the poorest families are married as children1. Where poverty is acute, families and the girl herself can believe that it is the only solution for her future.

The poverty of choices can also mean that families see marrying off their daughter as one less mouth to feed. It is not that they want to make that choice, it is that they have no choice. They have to pay debts, manage disputes or pay their way in society.

The cruel irony here is that child marriage enforces the cycle of poverty2. Child marriages often leads to teen pregnancy which can put a burden on the mothers’ households to meet basic needs.

What are some solutions?

Castigating poverty-stricken people for making immoral choices is the easiest thing to do but least effective. This was the initial and naive approach. Groups and activists showed up in communities and told the locals that they should just stop this horrible practice.

It didn’t work. Much like castigating a smoker for smoking, it may work for a small amount of time but pretty soon the smoker goes back to their old chain-smoking ways. Years of smoking have built a complex emotional bond that make change difficult.

When we chastise these people for doing something that they feel they have no choice, it doesn’t help. It hinders.

There are some effective approaches and they include:

What can we do?

For my birthday, I’m raising money via Facebook Fundraisers. Will you please help me?

You can donate at by clicking here. If you cannot donate, please share this post on social media or your website. Sharing this message amplifies it. One share can mean ten more people see this. With each share, we increase our chances of helping more girls be girls.

Now I leave you with Freshta’s story. This story captures what it’s like for these women who have been stripped of the opportunity that, I and so many have received.

Freshta (not her real name) from Afghanistan, had dreams of becoming a doctor or a teacher just a few years ago. But when she was approximately 12 years old, Freshta was swapped off to marry a man in his 60s. Freshta’s father married the man’s daughter. During the next three years, Freshta was taken away from her mother and was physically and sexually abused by her husband. She gave birth and was later diagnosed with postpartum psychosis, a serious mental health condition that occurs suddenly after a mother has given birth.

“I always pleaded to let me see my mother. He always refused. Girls in my age shouldn’t be forced into marriage,” Freshta said.

Freshta escaped her husband thanks to her mother, who had found out where she was and rescued her. She was taken to hospital and subsequently referred to a UNFPA Family Protection facility, where she was offered legal counselling and her case was referred to the relevant authorities.

Today, Freshta and her mother live in the Herat province in Afghanistan, near the borders with Iran and Turkmenistan. She is slowly recovering. “I want to be a teacher in the future. I wish I didn’t have to be a bride but instead had a chance to study. To be like other girls.”

You can donate by clicking here.